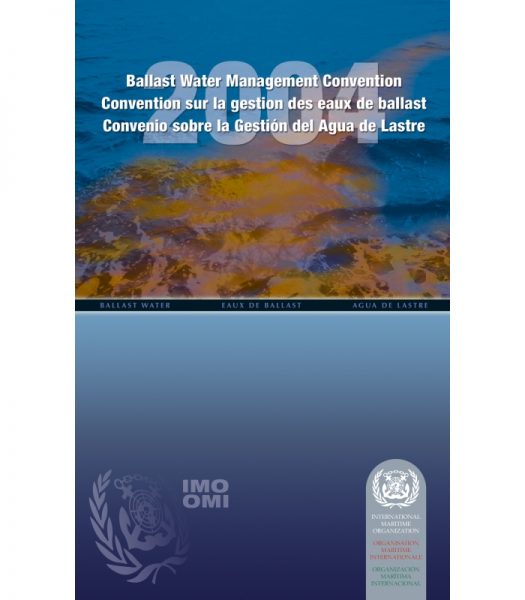 The global shipping industry – as represented by the International Chamber of Shipping (ICS) – has urged its global regulator, the International Maritime Organization (IMO), to back a carefully crafted proposal, from a broad coalition of governments, concerning the implementation dates for installing complicated new ballast water treatment systems.

“If this pragmatic proposal is agreed, this would allow shipping companies to identify and invest in far more robust technology to the benefit of the marine environment” said ICS Secretary General, Peter Hinchliffe.

ICS says that this IMO decision on dates, to be taken by a meeting of the Marine Environment Protection Committee during the first week of July – just two months before the entry into force of the IMO Ballast Water Management (BWM) Convention on 8 September 2017 – will be critical, having significant implications for around 40,000 existing ships.

Under a proposal by Brazil, Cook Islands, India, Norway, Liberia and United Kingdom, implementation would be delayed for existing ships by pushing back the date they are required to start fitting ballast water management systems by a further two years to the date of their first IOPP renewal survey on or after 8 September 2019.  This would extend the date by which all ships must have installed a system to 2024 from 2022.

This proposal is fully supported by ICS and its member national shipowners’ associations.

ICS insists there is no logic, from an environmental protection standpoint, in requiring thousands of ships in the existing fleet to comply until they can be fitted with systems that have been approved under the more stringent type-approval standards which were only adopted by IMO in 2016 (and which are about to be included in what will soon become a mandatory Code for Approval of Ballast Water Management Systems).

ICS notes that these more environmentally robust standards will not become mandatory for new system approvals until October 2018 and that only systems being installed into ships from October 2020 will be required to have been approved in accordance with the new Code.

Additionally, because of a lack of confidence in the existing IMO type-approval process, and the previous uncertainty as to when the Convention would enter into force, very few existing ships have so far been retrofitted with the required treatment systems, creating a log jam in available yard capacity.

ICS says that apart from the possible shortage of shipyard and manufacturing capacity to retrofit around 40,000 systems, many shipping companies – through no fault of their own – face difficult decisions.  They will potentially be required to install expensive new equipment that may not be guaranteed to operate correctly in all of the normal operating conditions they would reasonably be expected to face when ballasting and de-ballasting during worldwide service.  These decisions are all the more difficult if the ships are approaching the end of their typical 25 year life.

“It is vital that IMO makes a definite decision about the implementation schedule at its meeting in July so that shipping companies have absolute clarity and can take sensible decisions about when to install these high cost systems in the best interests of the environment”  said Peter Hinchliffe.

ICS fully supports the intention of the BWM Convention, which is to address the problem of invasive marine organisms having damaging impacts on local ecosystems through their unwitting transportation in ships’ ballast tanks.  But the Convention’s imminent entry into force presents ship operators with serious challenges because systems approved in accordance with the more stringent IMO standards adopted in 2016 are not yet available.